Holacracy is to organizations what awakening is to individuals.

Have you ever come together with like-minded others — awakened, evolved, deep, wise people with whom you resonated — to birth an organization with an evolutionary purpose? Did you later experience dismay, disappointment, and disbelief as interpersonal politics and painful meetings blocked effective action and drained human capital? Were you stunned by the gap between personal development and organizational capacity? Worse, and more likely, have you ever worked in an organization rife with dysfunction and pettiness, staffed by people whose values you didn’t share, where your fullest contribution was unwelcome?

This was the journey that led me to Holacracy. In 2010, I discovered the system, and was so inspired that I led implementations as an internal change agent in three non-profits. I then worked as a partner at HolacracyOne for three years, where I coached several companies adopting the system, including teams from Zappos, Medium, David Allen Company, and Precision Nutrition.

To some degree, organizational angst is the experience of the vast majority of people collaborating with others at all levels and contexts of culture today. The simple reason for this is that our organizations have not kept pace with human development over the past hundred years; they do not offer space for our skills and capacities to transform our workplaces. The organizational challenges we face are not only the fault of human nature; they are also inherent in our operational systems, which evolved over a hundred years ago to solve the problems of the industrial age.

There’s no shortage of visionaries highlighting the limits of conventional organizational design and leadership, and offering exciting glimpses of new potentials. It’s inspiring to read books and attend workshops on these topics, and come away with new visions of what’s possible. But absorbing a new mindset is just the beginning. The challenge then becomes moving from inspired theory held by a few, toward stabilized practice across an entire organization.

Holacracy is an operating system that makes this exact shift possible, and immediately palpable. It liberates organizations to embody their full potential through a fundamental upgrade to the core structure and processes that govern, organize, and execute its work. It installs self-sustaining practices that manifest new capacities, so employees don’t need to transform or shift at the outset; the system meets them where they are, and functions as an engine of ongoing change. Holacracy honors conventional business fundamentals while integrating cutting-edge transformative practices, resulting in a complete system for governance and management to yield exponentially enhanced agility, health, and clarity.

Imagine each organization as an entity in its own right, individuated from the people convened to support its emergence, using an operating system that liberates its soul, helps it manifest its evolutionary purpose, and protects it from internal politics — while simultaneously integrating its staff’s collective wisdom through dynamic, lively meeting practices. Imagine if that operating system were not only visionary, but also pragmatic, results-driven, and fully tested in the marketplace. 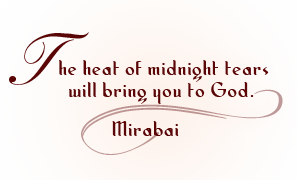